Fact or Fiction – You will never know.

Saturday afternoon and Isabella is lazing on the couch after a long, busy week at work. She is extremely tired – cannot stop yawning however she has tried to sleep without any luck – her brain will not stop and her body is not tired. However she is absolutely exhausted – a disgusting feeling.

Laying on the couch, Isabella fantasizes about a glass of cold white wine and pecan pie … she tries to distract herself, however not with any real intent on doing so. She has already made up her mind – pecan pie and white wine is in order despite the fact she spent the last week either drunk or hung over every day of the week. The drinking demon has been calling and Isabella has been answering – every 2nd day she has been smashed.

Finally, at a decent hour, once lunch rush is over, and she recognises there is no getting out of it, she heaves herself off the couch, announces to him that she is going out for coffee and won’t be long. Isabella knows that she has 1-2 hours max, and that she daren’t dress up out of harem pants and t-shirt just in case she gets drunk and continues to party on.

Ha. What a joke – she had no idea what was to come.

So she goes to a nearby cafe and has a few glasses of sparkling red wine, then walks to the closest pub and has a couple …. ok. ….. 5 glasses of white wine in an hour. Yep. In an hour. If you are doing the math, Isabella manages to pack away 8 – 9 drinks in less than 2 1/2 hours on Saturday afternoon.

She makes it home within a decent time – at least the 2 hours she had said. Luckily she hadn’t driven as all the amenities are within walking distance.

She then proceeds to share a bottle of sparking wine (champagne in the old terminology, bubbles for the cute) with him over dinner. Well.. Actually. He had two glasses and Isabella finished the bottle.

Well. It WAS Saturday night.

At around 10.30 they decided to go to bed – Isabella waited until she heard him snoring before she put her makeup on, got changed, put her cards and cash in her back pocket and snuck out of the house. She chose not to take her mobile phone – god knows why.

Walking to the pub, she is fully aware of what she is doing and why. She wants to party and she needs to have some FUN!

Isabella is feeling cute, fun and flirtatious – a little like Alice in Wonderland – too funky and retro to stay at home at least.

After a 20 minute walk, Isabella gets to the pub and it is pumping…..walking up to the bar, Isabella is feeling in control and completely sober…. She knows that she definitely will not be  going home with a guy for a one night stand – she has never done so and never will. She is there to have fun and let her hair down with some innocent fun, dancing and drinking.

A couple of glasses of bubbly kick-start the night, followed by vodka and soda.Isabella has loosened up and started to scan the pub crowd for a likely connection – correct – likely connection. She has slid into the 2nd stage of her addiction – the scoring of drugs – speed preferably.

My childhood bends beside me. Too far for me to lay a hand there once or lightly. Mine is far and his secret as our eyes. Secrets, silent, stony sit in the dark palaces of both our hearts: secrets weary of their tyranny: tyrants willing to be dethroned. 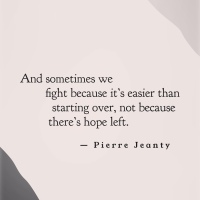